"Ryan Dietz, as the country-bumpkin camper who discovers the Sasquatch, is particularly good."
BSonArts.com

"There's spot on work from the rest of the ensemble, especially...Ryan Dietz (Sir Andrew)."
nytheatre.com

All the Great Books (Abridged)

“…the Professor, saucily layered by Ryan Dietz, replete with horn-rims and the studious slouch…Dietz manages to mix giggling imbecility with sudden knowing wryness, to become a constant performance in himself.”
Ithaca Times

A Year With Frog & Toad

“While everyone in the ensemble is given a chance to shine, it is Ryan Dietz as cranky, flustered, manic Toad who easily and handily steals the show.”
Knoxville, 520

“Jeff Williams and Ryan Dietz are skilled charmers as, respectively, the confident Frog and the apprehensive, occasionally grumpy Toad.”
Knoxnews

“One of the youngest [performers] is also one of the best: Ryan Dietz, a junior at Baldwin-Wallace College, plays the leading role of Seymour with nebbishy charm.”
The Plain Dealer-Cleveland, Ohio

“Ryan Dietz is fine as Seymour, innocently and believably nebbishy until, at long last, he whips off his glasses in a moment of passion, like an old-time movie heroine.”
Parma Post

“Ryan Dietz is a most appealing geek… [he] enthusiastically manages the vocal demands.”
Cleveland Free Times

“Dietz’s Seymour is a likable nerd with a rubber face who enjoys clowning around. His fine tenor voice rings clear on his funny solo, ‘Grow For Me,’ and blends well in duets with his boss’s grumpy baritone in ‘Mushnik and Son,’ and his girlfriend’s lovely soprano in ‘Suddenly Seymour.’”
Cleveland Jewish News

“The evening’s most striking moment, musically speaking, came when the appropriately haggard courier (Ryan Dietz) sang of losing two friends on the battlefield in the haunting ‘Momma Look Sharp.’…In a first act largely devoid of emotion, Dietz struck a resonant chord, and it gave the work of the lawmakers an anchor in the reality of the day.”
The Saginaw News – Saginaw, MI

“High marks also must be given to the evening’s most memorable, and moving, character and song. Ryan Dietz, making his tour debut as the courier, sang the two-hanky song ‘Momma Look Sharp’ with the exact right combination of stoicism and heart.”
The Green Bay News Chronicle – Green Bay, WI

“A highlight of the first act, the haunting ‘Momma Look Sharp,’ was sung by Ryan Dietz. In his clear, young voice, he told the tale of one of the youthful Revolutionary soldiers, shot and dying, calling out to his mother. In contrast to the bombast and bickering of the politicians, this number put the debate in clear relief.”
The Post Standard – Syracuse, NY

“One more feet-of-clay moment stands out for me, and felt like the highlight of ‘1776.’ Just before the intermission, a bedraggled messenger from George Washington’s beleaguered troops sings ‘Momma Look Sharp,’ a sadly lovely folk piece about a dying soldier, a heartrending song that makes you think twice, if you weren’t already doing that, about the noisy men who spend most of their time disagreeing in a room in Independence Hall that serves as the set for most of the scenes…the cast is first-rate, from Ryan Dietz as the messenger to Christopher Carsten as Adams…”
Impact Weekly – Dayton, OH

"But wait. There's more to applaud. Take the priceless scene in the Cafe Imperiale with Paul Schoeffler as a headwaiter with properly disdainful air, busboy Ryan Dietz handling everything with flair, until he turns to Schoeffler with a tray of glasses and lose everything in a bumbling mess."
www.curtainup.com

"Paul Schoeffler serves up some hilarious antics as a menacing headwaiter, especially when combined with Ryan Dietz's blundering busboy."
www.broadwayworld.com

“In a production that lives off energy, young Ryan Dietz comes in first with a sell-at-all-costs version of ‘Those Magic Changes,’ all about how he learned to play the guitar and face puberty at the same time.”
Norfolk Virginian Pilot

Fiddler On the Roof

“Dietz, as the tailor Motel, was outstanding in ‘Miracle of Miracles’ as he balanced his uneasiness of confronting Tevye about his desire to marry Tzeitel with his equal nervousness at getting married period. Dietz let the song build through its own harmonic pace to a big finish.”
West Side Leader

“Ryan Dietz is appropriately nervous and funny as Motel the tailor, who Tzeitel truly loves.”
The Repository – Canton, Ohio 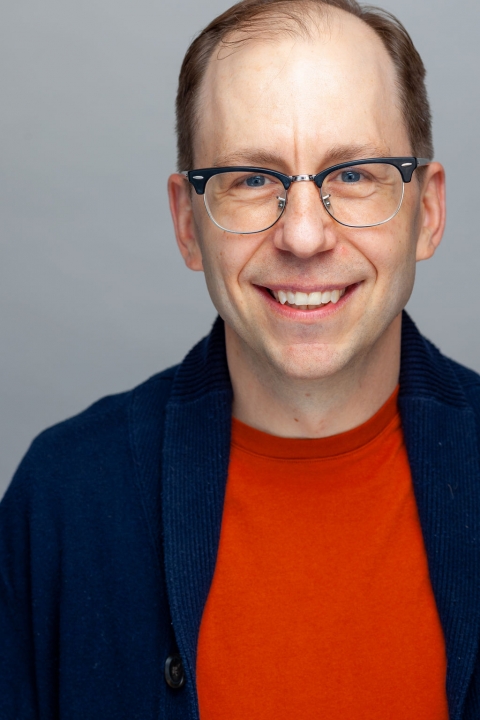